We all have a role to play in growing power and resources for housing justice. The Fund for an Inclusive California is comprised of community organizations, funding partners, staff and our consulting team.

Community leaders and organizers have helped shape the Fund from the beginning. We center their leadership and expertise, and have developed deeply respectful and reciprocal relationships made tangible through co-creation practices that further align resources with the priorities of the housing justice movement. 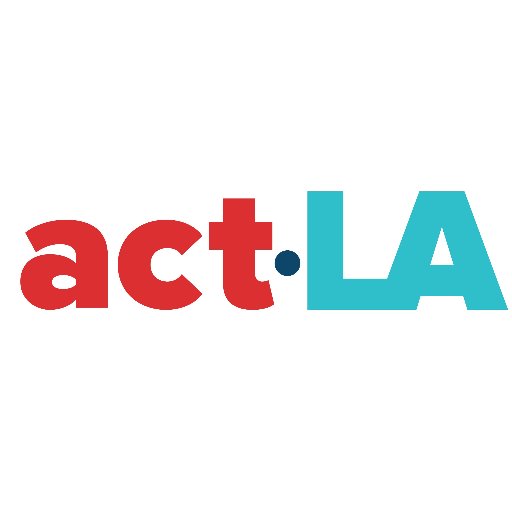 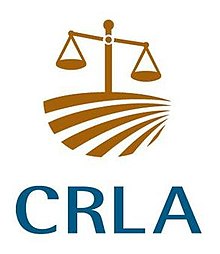 Catholic Charities of the Diocese of Stockton 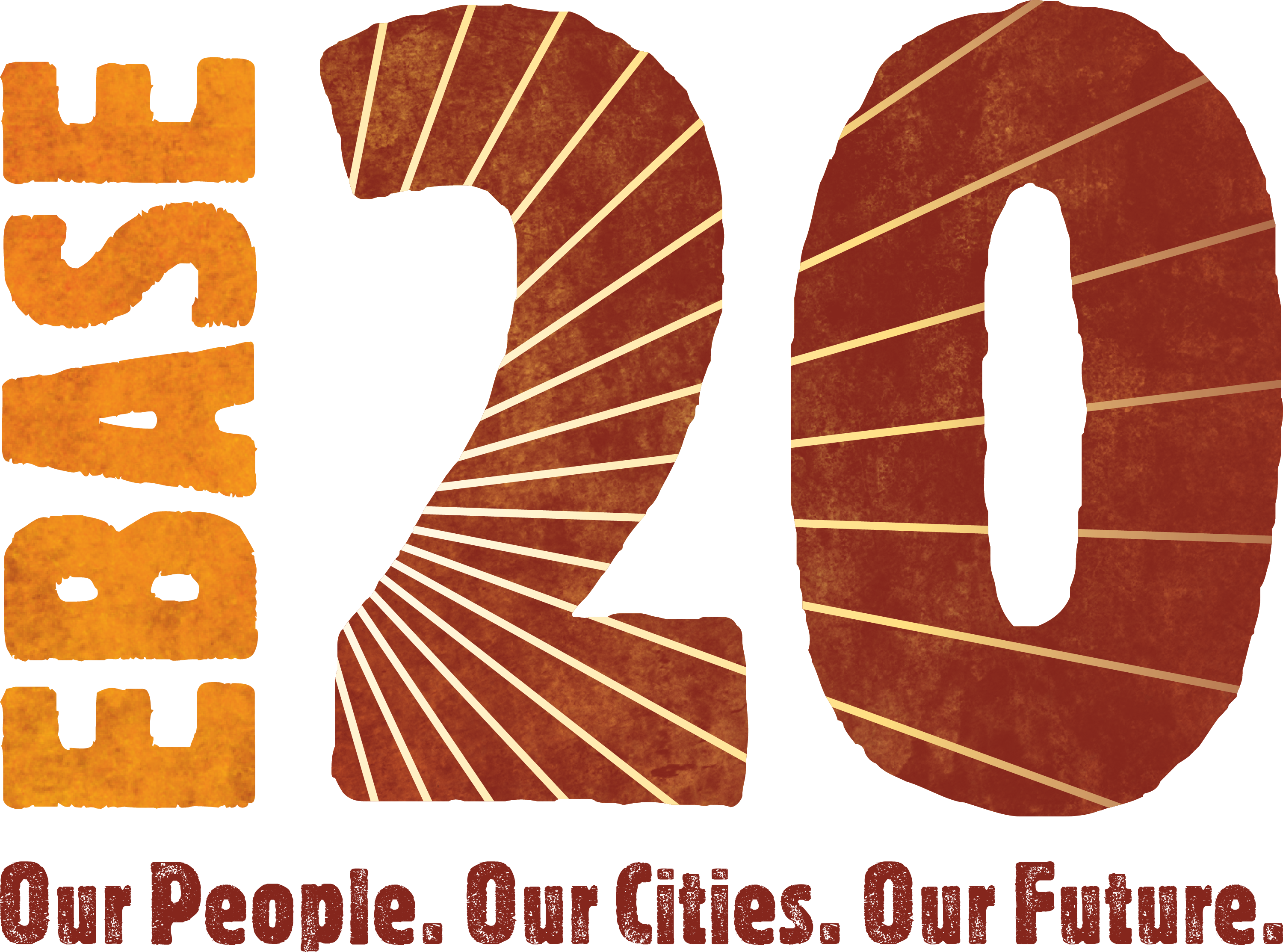 Faith in the Valley

Leadership Counsel for Justice and Accountability 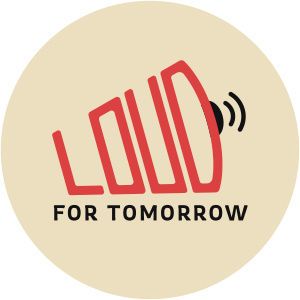 Right to the City Alliance for Homes for All California 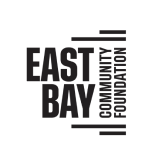 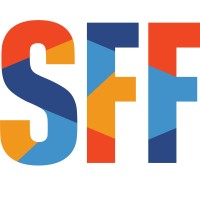 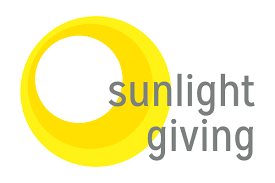 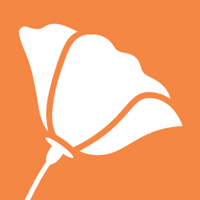 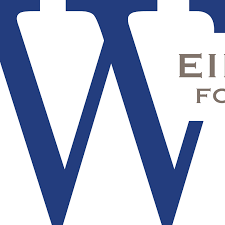 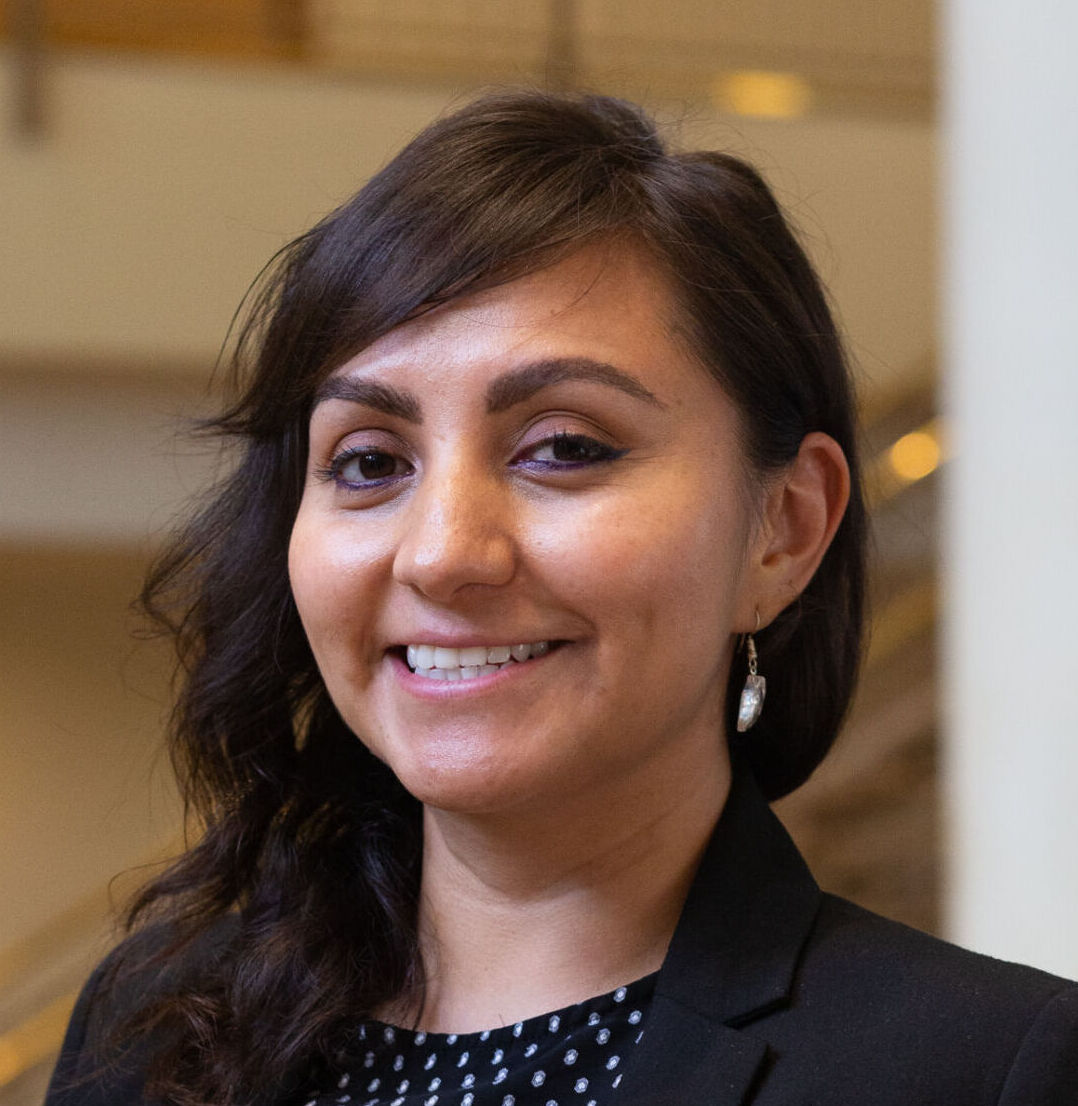 Jazmin is the Director of the Fund for an Inclusive California, and brings over twelve years of experience in immigrant rights and social justice movements in the non-profit and philanthropic sectors. She has a passion for racial and social justice and a deep commitment to grassroots organizing, advocacy, and movement building to bring about systemic change for low-income, immigrants and communities of color.

Before joining Common Counsel Foundation in 2017, Jazmin worked at the San Francisco Foundation where she developed and launched the foundation’s first Rapid Response Fund for Movement Building, providing timely resources to grassroots organizations that are on the front lines of organizing around issues of racial and economic justice in the Bay Area. Jazmin worked across the Foundation’s departments including the Development and Donor Services team to increase resources for immigrant and youth-led grassroots organizations. Prior to her work at the Foundation, Jazmin was the Policy Manager at Educators for Fair Consideration (E4FC). Under her direction, E4FC developed its first advocacy platform and created a leadership team of undocumented youth who led a successful statewide policy campaign to make career licenses accessible to all Californians regardless of immigration status. She also worked as a Policy Advocate at Services, Immigrant Rights, and Education Network (SIREN) where she co-led a diverse coalition of immigrant rights, criminal justice, and faith-based groups to pass one of the most progressive immigration detainer policies in the nation which later became a catalyst for the California Trust Act.

Jazmin’s commitment to building community power is inspired by her family’s immigration journey to the United States. She grew up in Boyle Heights, Los Angeles and graduated from the University of California Berkeley with a Bachelor of Art’s Degree in Political Economy. Currently, she sits on the Board of Directors for the Latina Coalition of Silicon Valley and is a former commissioner for the Human Relations Commission of Santa Clara County 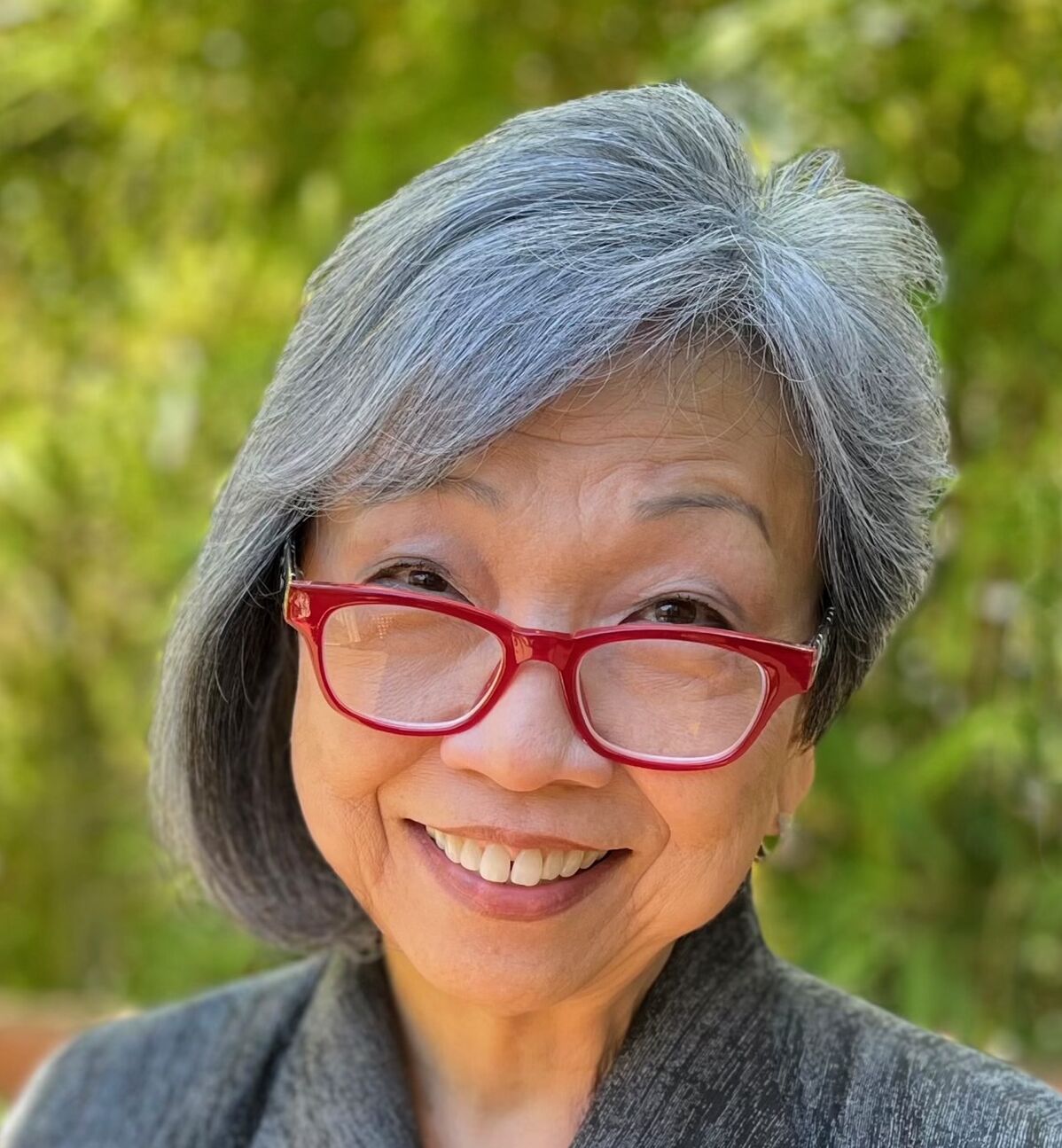 Ms. Saika was the President/Executive Director of Asian Americans/Pacific Islanders in Philanthropy (AAPIP) from 2002 to 2015. Prior to that she was the founding executive director of the Asian Pacific Environmental Network and from 1983 to 1991 the executive director of the Asian Law Caucus.  She is a co-founder of the Asian Women’s Shelter, Asians/Pacific Islanders for Choice, the National Asian Pacific American Legal Consortium and the National Asian Pacific American Women’s Forum. She has served on the board of numerous organizations including Equal Rights Advocates, Progressive Assets Management, and the Alston/Bannerman National Fellowship Program.

Ms. Saika is a past chairperson of the Board of Directors of The California Wellness Foundation and currently serves as Vice-Chair of the New World Foundation.  She has also served on the Board of Trustees of The San Francisco Foundation, Ms. Foundation for Women, United Way of the Bay Area, Mertz-Gilmore Foundation, National Network of Grantmakers, and the Council on Foundations. At the present time, she is a Board member of the Patrick & Lily Okura  Foundation and Green 2.0. 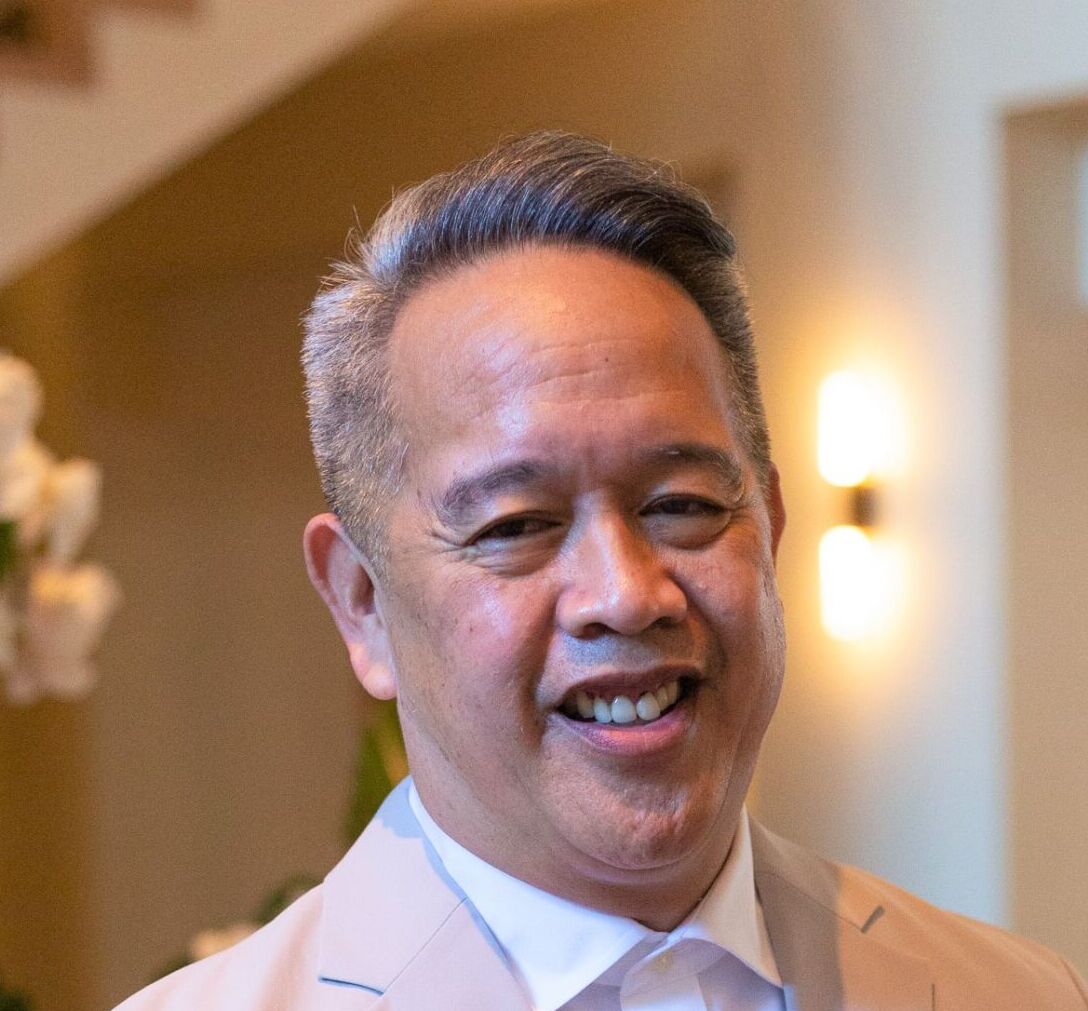 Joe Lucero, he/him, joined Common Counsel Foundation in April 2021, first as a consultant in organizational development, research, and communications. He is now the Executive Administrator, conducting program development and resource mobilization for Fund for An Inclusive California, as well as communications and management facilitation across the Foundation.

He shares more than thirty years of experience in the public interest sector emphasizing research, program development, communications, and fund development. Prior to joining Common Counsel Foundation, he was the Senior Director of Communications & Research for Asian Americans/Pacific Islanders in Philanthropy. He has also served as Executive Director of the Asian Law Caucus (San Francisco), Interim Director of the Northern California Coalition for Immigrant Rights, and as Associate Director of the Poverty & Race Research Action Council in Washington DC. He has served on several national and regional Boards of Directors, including Lambda Legal Defense & Education Fund (now Lambda Legal) and the Asian & Pacific Islander Wellness Center (now the San Francisco Community Health Center). Joe holds a BA in Economics from the University of California, Berkeley.

Dana Ginn Paredes is the Principal with Momentum For, LLC. Dana brings 20 years of experience in strategy and organizational development that is deeply rooted in grassroots organizing and movement building. As a consultant, she works with foundations, community groups, capacity building and policy organizations throughout the country. Dana holds a BA in Political Science from the University of California at Berkeley and lives with her wife and kiddo in Oakland, California. 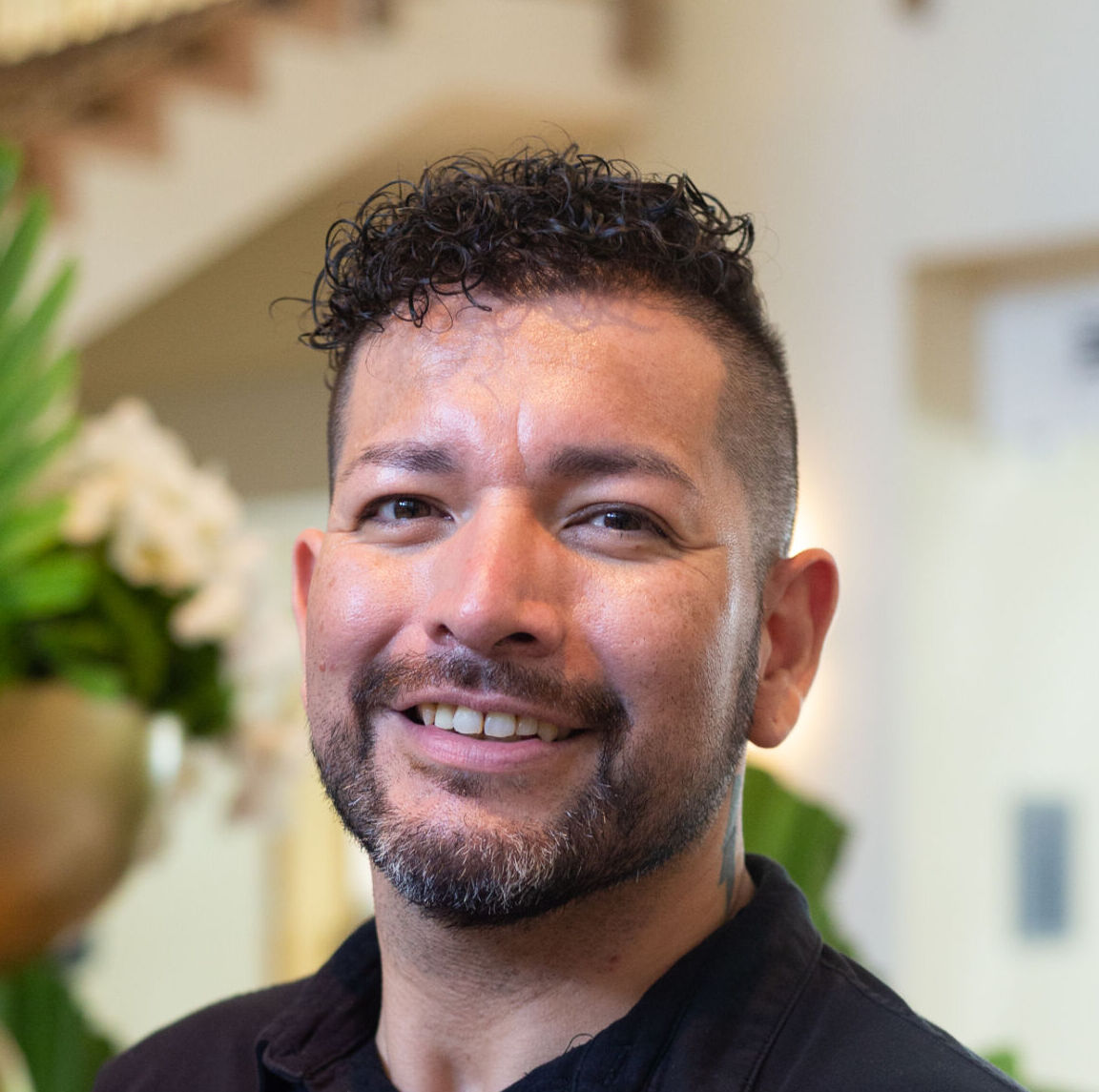 Alessandro Negrete is the Program Strategist for the Fund For an Inclusive California as of June 2022. Alessandro has always seen himself as a person who serves the community. He brings over 20 years in the nonprofit, government, and philanthropy sectors. His work in Diversity, Equity, Inclusion, and Race has helped him serve on many planning projects in the city and county of Los Angeles. He continues to speak to the disenfranchisement of frontline communities and need for continued larger investment. In his new role he will be working across state and work with the team to uplift and bring resources to those working in housing justice across the state. 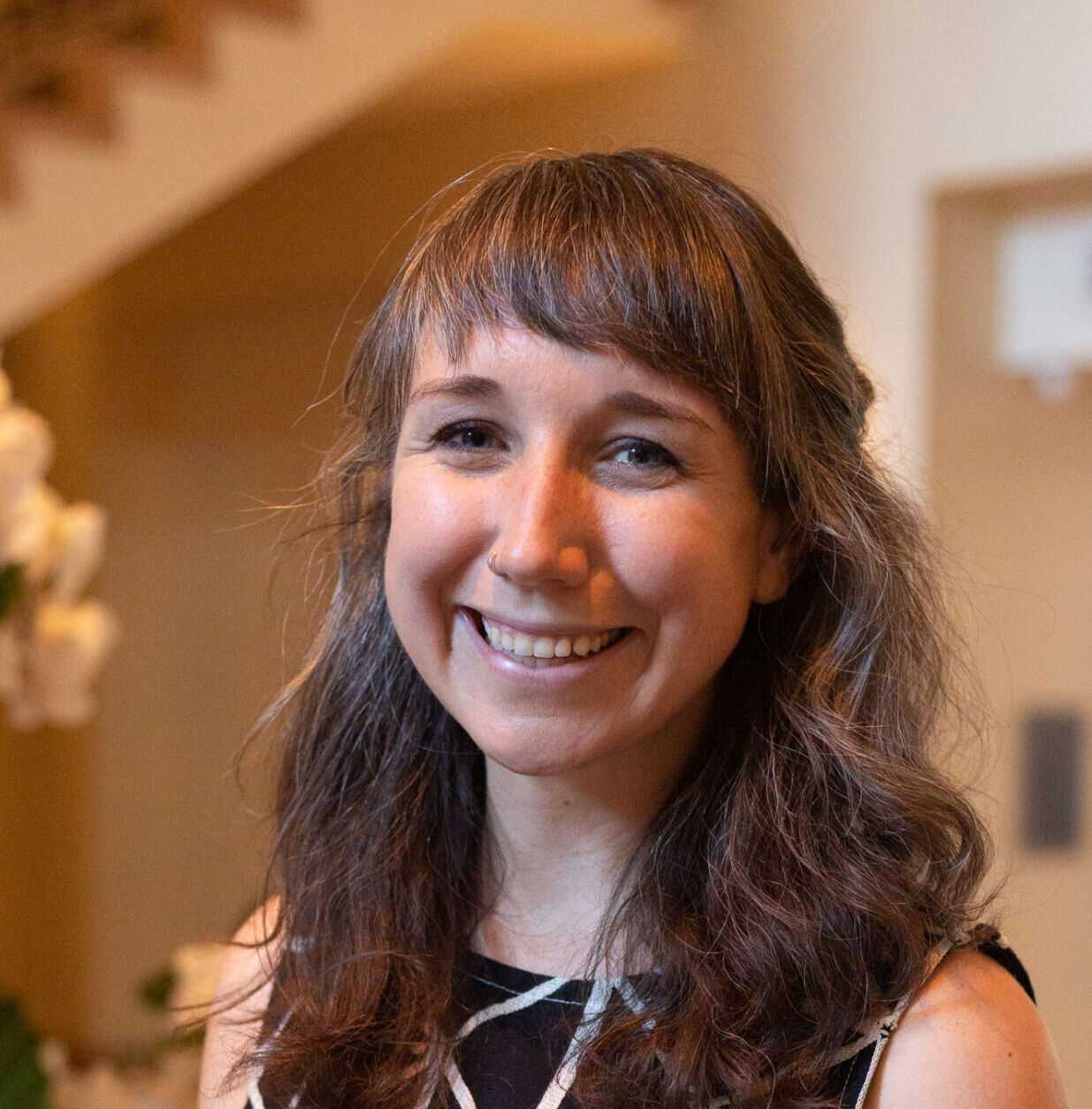 Emily joined Common Counsel Foundation in July 2022 as Program Strategist for the Community Ownership for Community Power Fund. Prior to this, she worked as the Program Officer for the Catalytic Capital Consortium, managing a grantmaking pool designed to spur learning and market development around catalytic capital to create a more just, inclusive and resilient world.

Previously, Emily managed the grantmaking at the Crossroads Fund in Chicago, where all funding decisions were made by community members to support groups fighting for racial, social and economic justice in Cook County.  She has a background in community organizing, and over the past decade has supported immigrant parent leadership in fighting for better schools in Chicago, drafted national policy resources around economic justice and community reinvestment at Community Change, and co-founded an intentional community that practiced radical resource sharing in Minneapolis. Emily co-founded Regenerative Finance, a project that worked to shift the economy by transferring control of capital to communities most affected by racial, economic and environmental injustice, and has served on the board of Resource Generation, which organizes young people with access to wealth and class privilege to leverage their resources towards the equitable distribution of land, wealth, and power.

She has a Masters in Urban Planning with distinction from Harvard University and a BA in political science and international studies from the University of Wisconsin-Madison. 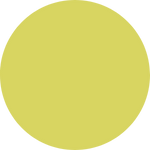 A strong believer that communities are best positioned to identify and craft solutions for issues faced within their community. With this guiding principle, Maricela works with an array of community-based organizations, public sector agencies, and foundations. Maricela has a wide array of content expertise with a passion for supporting projects that aim to improve educational achievement gaps, empower youth, strengthen social sector systems, advocate for immigrant communities, and improve workforce development efforts. Maricela brings a racial and economic lens that helps organizations look beyond the surface to support genuine change that centers diversity, equity, and inclusion.

Jen Thom leads communications strategy for the Fund. Jen believes that the powerful combination of story and strategy can lead to changes in policy, practices and beliefs that make a difference in people’s lives every day. She helps people identify the bigger vision they have for their work and uses communications strategy and creative campaigns to connect the dots between that vision and where they are now. She works with organizers, executive leaders, newly formed organizations and international institutions, aiming to weave together wins that create a more just, liberated world.

Her work has focused on housing justice, racial equity, with an evolving practice area building on her 14+ years working within nonprofits and foundations that focuses on a new model of philanthropy, reimagining the current funder-driven model moving toward a community-driven approach.

Jen is a Bay Area native, growing up in Vallejo and spending 16 years living in neighborhoods across in San Francisco.

Amplifying the voices of individuals and communities who otherwise may be silenced is what got Debayani into communications and advocacy. For more than 15 years, Debayani has designed strategies to move the needle on domestic and international economic issues, racial justice, LGBTQ equity and immigrant rights. She is particularly proud of her efforts to spotlight the need to invest in boys and young men of color, taken up by the Obama administration in the My Brother’s Keeper initiative.

As a communications strategist, Debayani believes story-driven strategies tailored to the audiences we need to move will create real change. She previously served as account director at Fenton, partnering with foundation and nonprofit clients to change the national conversation about race and public health.

Stories, insights and lessons learned through our partnership with power building organizations and funders committed to supporting movement priorities.

A Reflection on Rest