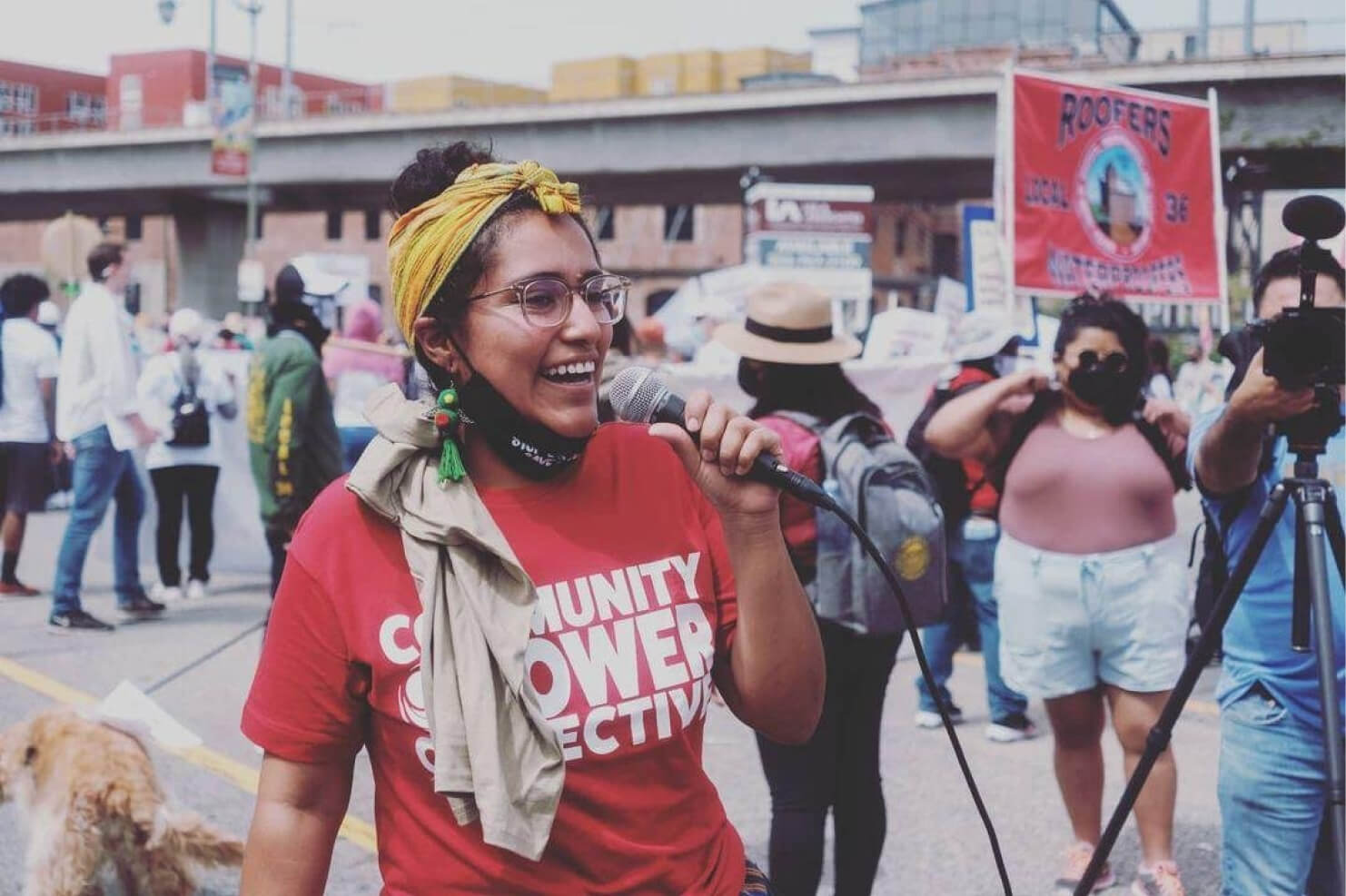 The palpable and escalating housing crisis across California has reached
new heights creating instability for millions of families living and working in the state.

California is home to some of the highest housing prices in the US, with the average home price 2.5 times the national average and rent about 50% higher than average. These staggering figures are more pronounced when considering California is among the states with the highest poverty levels and rising income inequality.

The displacement and gentrification currently underway for low-income, working-poor, and working-class families is decades in the making and driven by four mutually reinforcing systems, as described in Martha Matsuoka’s Democratic Development for Thriving Communities report in2017: market-driven development, government policy, structural racism, and unequal power dynamics. These systems create rapid neighborhood change that is uprooting long-established families and leaving many homeless.

Recognizing the immediate need to support residents being uprooted from their homes and neighborhoods, a group of funders answered the call to action by working side-by-side with local community-based organizations and leaders. These partners have deeply rooted histories building and amplifying the power of local communities to push back against gentrification and displacement, and to advance community-driven equitable development models that are essential to building sustainable and thriving communities. From this need and collaborative response, the Fund for an Inclusive California emerged.

The Fund for an Inclusive California (F4ICA) is a collaborative funding initiative created in 2017 to advance racial and economic equity and community health across California communities impacted by housing displacement and gentrification of historically disinvested communities by amplifying their voice and civic engagement. The initiative supports and uplifts community-driven solutions that ameliorate displacement and gentrification and advances equitable development strategies that create opportunities for community members to have an equal voice in how their neighborhoods are developed.

Common Counsel Foundation serves as fund host, supporting coordination and facilitation of the funding process and carrying out grant management and administration in accordance with recommendations from the Steering Committee.

Collaborative Approach to Learning and  Evaluation

The Fund for an Inclusive California (F4ICA) employs an innovative equity-centered approach to respond to the gentrification and displacement crisis impacting California. This approach is grounded in deep-seated partnerships with diverse community leaders and residents working to address the crisis unfolding in their communities. Learning and Evaluation will play a key role in the fund by creating a culture of real-time learning and generation of constructive feedback that is equity-centered and community-driven. The Learning and Evaluation process will help build upon successes identified, address challenges in real time, and respond to opportunities as they emerge.

Data collection during this phase focused on four broad areas of inquiry:

What happens when I add copy here?

How can the fund support organizations’ infrastructure and capacity building needs to help them have a greater regional and statewide impact?

What has been the role and impact of the fund in the first year of partnership?

What expectations and interests to stakehodlers have about Learning and Evaluation as part of this initiative?

About the Data Gathered

The perspectives gathered from Community Advisors during interviews and subsequent in-depth break-out discussions held at the Statewide Convening are synthesized and presented in this section according to the F4ICA outcomes.

All Community Advisors have seen the housing crisis worsen in their local neighborhoods and regions in the last 18 months. A Community Advisor captured the general sentiment, “we are seeing an accelerated gentrification and push that is starting to hit even more families … we have also seen an increased understanding that unmitigated develoment can be bad.” Causes of increased gentrification and displacment vary by region. For example in the Inglewood area, speculation based on stadium construction has spurred investors to buy available housing stock for redevelopment. In San Mateo and the surrounding penninsula area, the high-tech industry continues to bring in a new workforce that can afford skyrocketting rent and home prices. These conditions have intensified the migration of low- and middle-income residents out of urban core cities into surrounding suburban centers such as Antioch, Stockton, and into the Central Valley.

[The housing crisis] is going to get harder, but it feels like this continues to be a huge challenge… so it feels like we need [the F4ICA] now more than ever.

This section shares highlights from regional partners that focus on unique perspectives and changes in the housing landscape. It not intended to be a regional landscape or policy analysis, but rather a reflection of key regional issues surfaced by Community Advisors and Statewide Convening attendees. The section starts with the Bay Area and moves to the Central Valley and Greater Los Angeles region, and concludes with a statewide perspective.

Emerging opportunities and recommendations grounded in the findings that emerged from the Exploratory and Learning Phase.

Recommendations are organized across three levels: Funding Strategies, Areas for Further Refinement and Exploration, and Learning and Reflection.

Content Invest in strengthening the regional and statewide infrastructures of the movement.

Areas for Further Refinement and Exploration

Lipsum Define components and parameters of the movement.

Clarify the duration of investments to participating regions and consider expanding the timeframe.